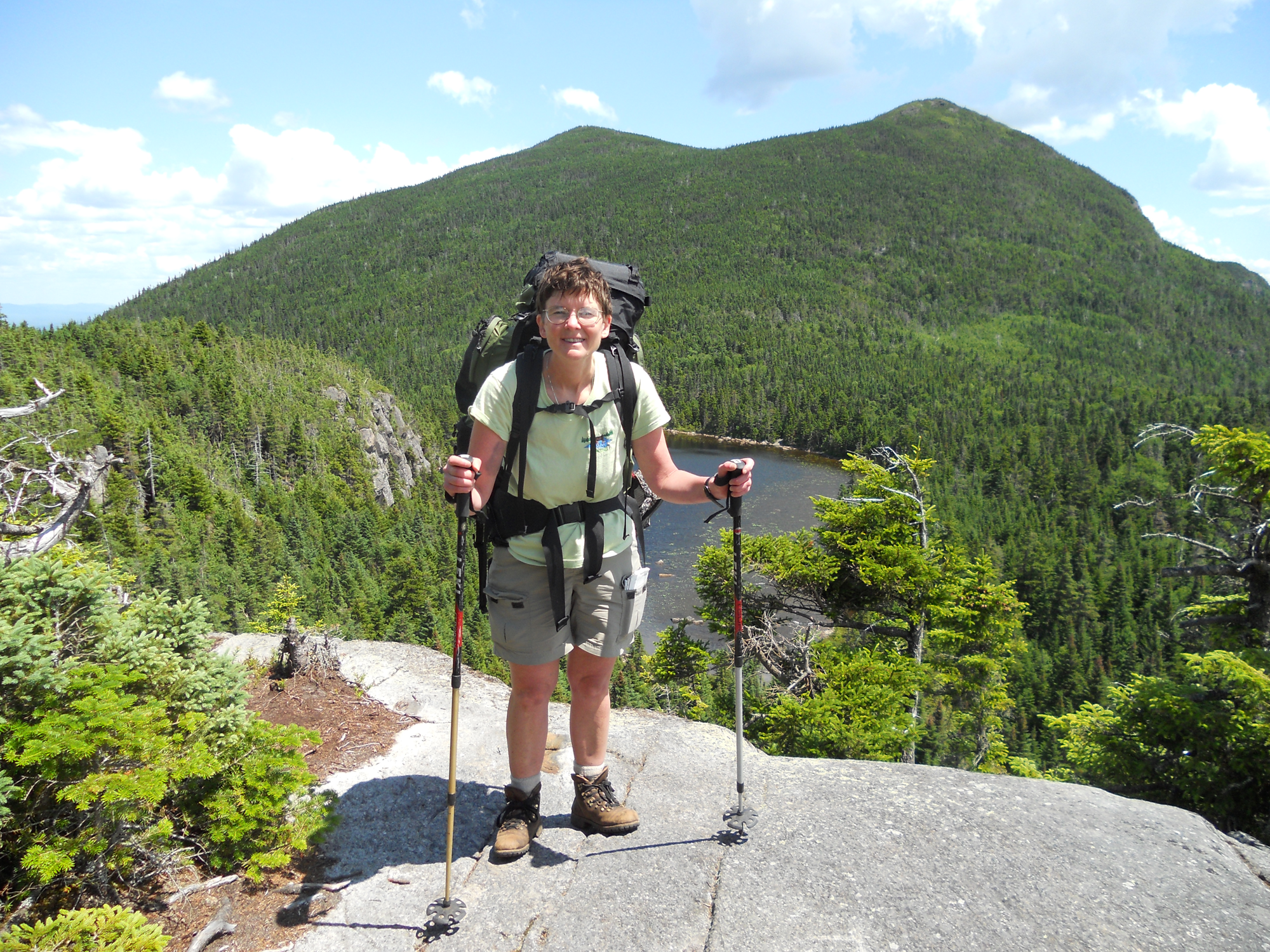 Author of upcoming bookHeaven Beneath Our Feet:Finding God and Healing in the Wild

The Maine Woods: A Journey Through the Seasons

Since 2011, I’ve been blogging about my life in the Maine Woods through photo-essays that I post as Facebook albums. The selections below will introduce you to Achor—my off-the-grid backwoods retreat—and take you on a journey through the seasons, from the deep cold of winter, to the awakening life of spring, the exuberance of summer, the glory of autumn, and—inevitably—back again to winter. (The link to each photo-essay will work whether or not you have a personal Facebook account.) 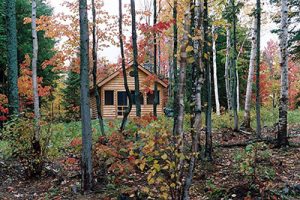 This series of photos depicts my land and cabin on First Roach Pond in the Maine Woods. The land lies about ten miles from the midpoint of the most remote section of the Appalachian Trail, known as the Hundred Mile Wilderness. Mother and I purchased the land in 2002. In 2008, we hired a local builder to construct a small off-the-grid cabin—a traditional Maine “camp”—with natural amenities that, in my view, more than compensate for the lack of electricity and running water. Over the ensuing years, it has become home to many joyful memories… View photo gallery 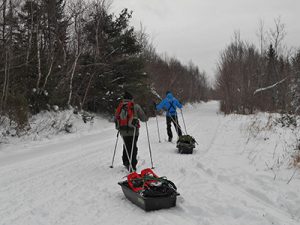 On December 30, 2015, my friends Darren Carlton and Brian Souza—we met seventeen years ago in the choir of Arlington Street Church in Boston—drove up from Massachusetts for our traditional New Year’s celebration. We spent the evening of the 30th in my home in the small town of Greenville, at the southern tip of Moosehead Lake. On the 31st, we shared a hearty brunch: a pie of locally-produced sausage and apples baked in a cheddar crust, fuel for our upcoming exertions. Then we headed for Achor, my off-the-grid retreat on First Roach Pond. We drove as far as the road was plowed, then covered the last four and a half miles on snowshoes, gear sleds in tow… View photo gallery 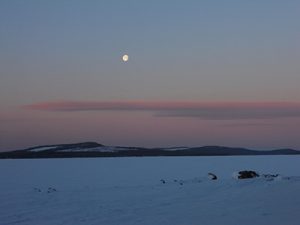 On the afternoon of February 5, I parked at South Inlet Wilderness Campground, strapped on my snowshoes, buckled into the harness of my gear sled, and headed across the ice of First Roach Pond toward my off-the-grid cabin. It was a two and a quarter mile trip, breaking trail through recent snowfall as I trudged straight into a northwest wind, with wind chills probably hovering around minus 20 Fahrenheit for much of the way. I got to the cabin about an hour after sunset and soon got a roaring fire going in the woodstove. I broke trail to the pump, then pumped and hauled water to fill an assortment of pails and containers. My work done, I settled in to enjoy the warm, bright coziness of the cabin, looking forward to a day of wintry peace and solitude. My photos document a 24-hour period, from sunrise February 6 to sunrise February 7… View photo gallery 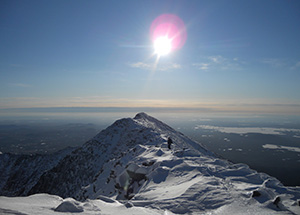 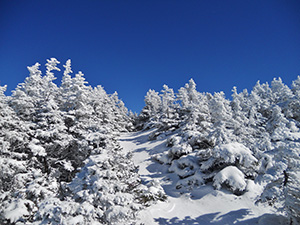 A solo snowshoe trek from First West Branch Pond up to the Appalachian Trail, then onward to the summit of White Cap Mountain, near the midpoint of the most remote section of the AT, known as the Hundred Mile Wilderness… View photo gallery 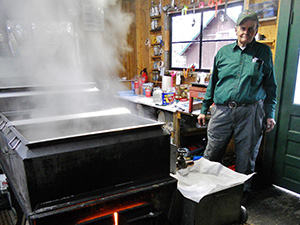 Each year, sometime from mid-March to mid-April, I pay a visit to Charlie Baker’s sugarhouse. For me, it’s one of the major rites of spring… View photo gallery 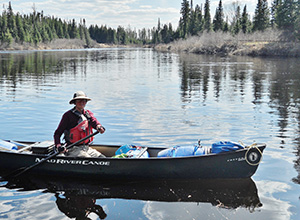 The Saint John offers an iconic paddling experience through a remote, wild section of the Maine Woods. The upper reaches of the river are undammed, meaning that it is best run shortly after ice out in the spring, or after heavy summer rains, when water flow is abundant. On May 4, I set up camp with several fellow canoeists at the bridge that spans the Baker Branch of the Saint John River just below Fifth Saint John Pond. Our plan was to travel 142 miles to Allagash Village over the course of a week. The remote location, cold water temperatures, and challenges posed by some of the rapids had all factored into my decision that this was not a river for me to run alone. So I paddled my little fourteen-and-a half foot Mad River Freedom Solo as part of a small group (four solo canoes plus one tandem). As we journeyed downriver, each new day brought new signs of spring’s progress… View photo gallery 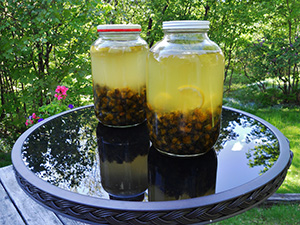 Each year, on a warm, sunny day in late May or early June, I harvest dandelion blossoms, which I use to make wine… View photo gallery 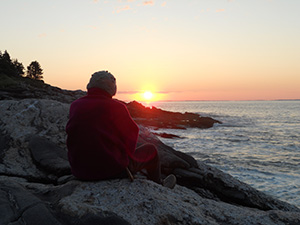 Mother and I developed a tradition of observing the summer solstice at Pemaquid Point, on the Maine coast. At dawn, on the cliffs below Pemaquid Lighthouse, rock and sea and sky define a realm that seems apart from ordinary space and time, a border zone between night and day, between land and sea. These photos are from our last shared visit to Pemaquid; Mother died the following January. View photo gallery 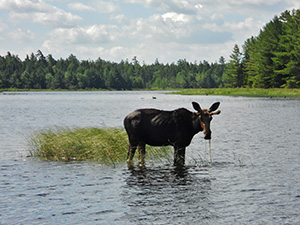 On July 6, Marsha Hartz and I climbed into my tandem tripping canoe on the bank of rain-swollen Indian Stream and rode the current down to Eagle Lake, one of the large headwater lakes of the Allagash River. (Marsha is a fellow singer in the Union Church choir in my hometown of Greenville, and, in her mid-seventies, she is still an enthusiastic backwoods traveler.) We paddled by Pillsbury Island—the northernmost point of Thoreau’s Maine Woods journeys—and onward to the Smith Brook campsite, which would be our home for the next four nights… View photo gallery 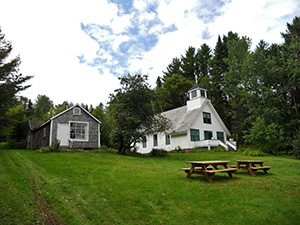 The remote hamlet of Chesuncook, in the heart of the Maine Woods, is best known for its 1853 visit by Thoreau. If he were to return today, he would still recognize the area; the surrounding woods and waters have remained relatively undeveloped over the past century and a half. Union Church—my home church in Greenville—has operated the Chesuncook Village Church for nearly a hundred years. I’ve led a Sunday service there every summer since 2009, when I passed through on a three-week solo canoe trip from Moosehead Lake north to the Canadian border. View photo gallery 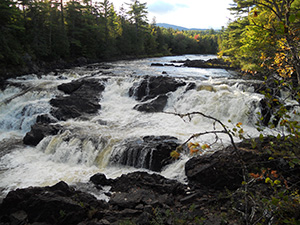 In previous summers, I set off alone to follow canoe trails once paddled by Thoreau and his Penobscot Indian guides: up Moosehead Lake, down the West Branch of the Penobscot to Chesuncook Village, and over the Mud Pond Carry to the Allagash. I needed just one more “link” to complete my “chain” of Thoreau’s canoe journeys through the Maine Woods: starting at Chamberlain Bridge, I would travel southeast via Telos and Webster Lakes, Webster Stream, Grand Lake Matagamon, and the East Branch of the Penobscot, to what is now the town of Medway. I knew this 75-mile “missing link” would be the most challenging of my canoe trips to date, with multiple Class III rapids, not to mention hard-to-spot portage trails with takeouts perilously close to the margins of waterfalls. I realized this was a trip I should not attempt alone. So I teamed up with Master Maine Guide Dan Pelletier… View photo gallery 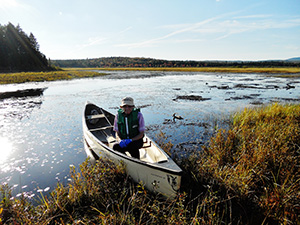 Each September, Mother and I would set off on a sunny afternoon in our tandem canoe, paddle across the shallow waters of a local bog, and park our little boat by a cranberry patch. We would gather enough wild cranberries to supply our needs for Thanksgiving and Christmas… View photo gallery 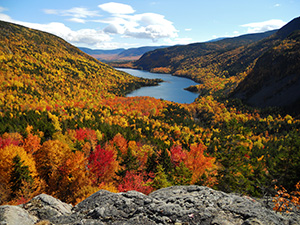 Wassataquoik Lake is a wild and intensely beautiful stretch of water that lies between Wassataquoik and South Pogy Mountains, north of the Katahdin massif, in the heart of Baxter State Park. It’s roughly a nine-mile hike from the nearest parking lot, at Roaring Brook. Because there are only two lean-tos, one at each end of the lake, campers are guaranteed solitude. I was feeling the need for a few days of quiet contemplation. And so I hoisted my pack and set off for Wassataquoik Lake… View photo gallery 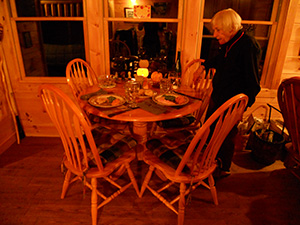 Mother and I celebrated the last five Thanksgivings of her life at our off-the-grid cabin on the shore of First Roach Pond. With a woodstove for heat, a hand pump atop our well for water, a propane stove for cooking, and propane and oil lamps for light, we had all we needed for a peaceful and cozy retreat, far from the madness of Black Friday… View photo gallery 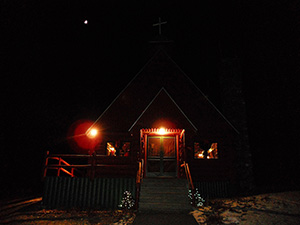 In 1948, a log chapel was built in the small village of Rockwood, on the western shore of Moosehead Lake. Every year, I look forward to the annual Christmas service, which concludes with a candle lighting ceremony. As the congregation sings “Silent Night,” a flame from the altar spreads through the sanctuary, as each person offers his or her own candle to light the candle held by the person seated next in the pew. The chapel fills with a warm glow that spills through the windows into the cold blackness of the night outside… View photo gallery

All images and text on this site are copyrighted by Wendy Weiger and may not be used without permission.
website by designspinner